Why is Protein so Important?

The majority of people are eating enough protein to prevent deficiency, but there are some who would do even better with a higher protein intake especially if people are trying to lose weight or are training.

Many studies have shown that a high protein diet has major benefits for weight loss and metabolic health so here are some of the main reasons that people should consider increasing their own protein intake.

Protein can help reduce late night snacking and those annoying cravings during the day as a higher protein diet will make for feel fuller for longer. A craving is not the same as being hungry, it is when your brain is telling you I want a treat rather than your body saying I need fuelling. The best way to try and stop these cravings is to ensure your body feels fuller for longer which is why a high protein diet may be a good idea for you.

Eating protein increases the thermic effect in your metabolism e.g. fat burning effect, which means you can burn off calories for longer after eating protein compared to other forms of food. This is because the body uses energy (calories) to digest and extract the nutrients from the foods. This is often referred to as “thermic effect of food”. Not all food sources are the same though, as it happens protein has a far higher thermic effect (20-35%) than fat or carbs which are only (5-15%) which means that you will burn off more calories by eating proteins compared to other types.

We have already talked about how protein can make you feel fuller and reduce your appetite or hunger and part of the reason is that protein reduces your level of the hunger hormone It also boosts the satiety hormone peptide YY, which helps to make you feel fuller for longer. A study showed that increasing protein from 15 to 30% of calories made overweight women eat up to over 400 fewer calories each day, without intentionally restricting anything else in their diet.

If you are looking to lose weight or reduce fat around the mid-section, then you should consider replacing some of the carbs and fats you are currently eating with protein rich foods. It could be done by reducing your other carbs or fats or just by increasing the amount of protein you are consuming.

Muscle is made up mostly of protein. A high protein intake can help you gain increased muscle mass and strength, which can then help reduce muscle loss when trying to lose weight by cutting calories.

Protein is the building block of muscles so it would be totally logical to say that eating more protein would help you increase muscle strength and mass. If you're physically active, weight training, or just trying to retain muscle mass while trying to lose weight then you need to make sure that you are getting enough protein in your daily diet. If you are finding it difficult to eat enough protein then why not try a protein shake or supplement?

As discussed above a higher protein diet boosts the metabolism and leads to reduction in calorie intake and reduces those horrible cravings. It is not surprising to see that people who have increased their protein intake tend to lose weight automatically in most cases. Protein also has the additional benefit of higher fat loss when intentionally restricting calories.

The last few benefits of a higher protein diet are around the effect protein has on the body when we get injured or when we get older. Protein has a great way of helping the body to heal and repair itself and also as we get older and our natural muscle mass starts to decrease the additional protein will help to fed the muscles and remove or reduce any muscle loss as we become more mature in life.

So How Much Protein Should You Eat?

Even though a higher protein intake can have many health benefits for lots people this approach does not suit everyone. The majority of people already eat protein consisting of around 15% of their calories which is enough to prevent a deficiency. Although people who are very active, looking to lose weight or weight training could benefit from eating much more protein than that ideally up to 25-30% of their calories.

Health & Well-Being Supplements We Should All Know About

What are fat burners & what do they do?

What Are The Best Workout Supplements?

How Do I Lose Weight & Where Does The Fat Go?

How To Improve Weight Loss?

Why is Protein so Important?

Health & Well-Being Supplements We Should All Know About

What are fat burners & what do they do?

Smile For The Camera!

What Are The Best Workout Supplements?

How Do I Lose Weight & Where Does The Fat Go? 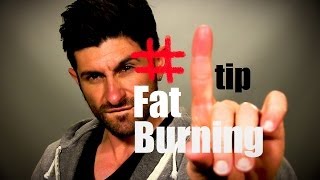 Best Way to Burn Fat in the Body